SEISMIC IMPROVEMENT OF A SCHOOL 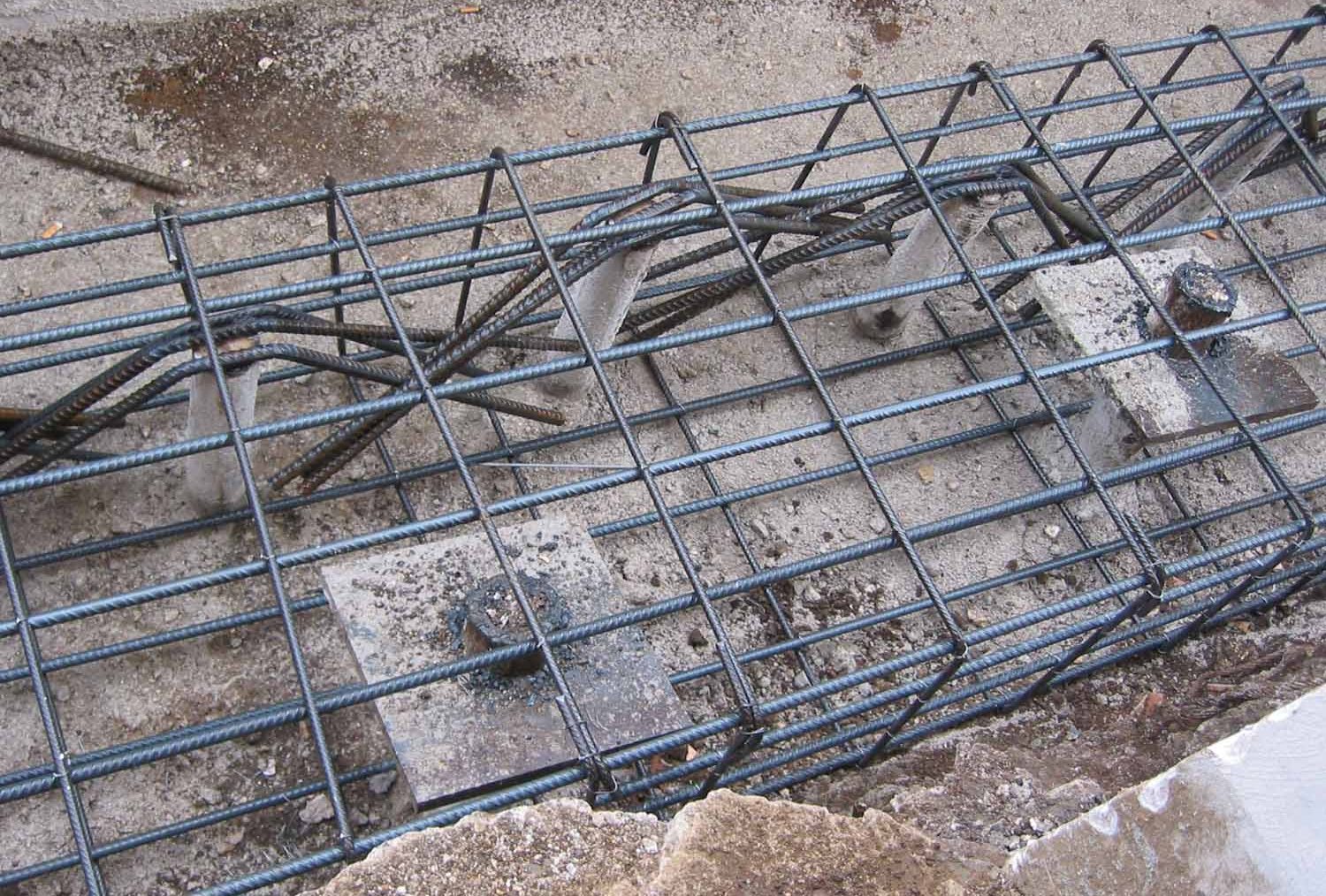 SEISMIC IMPROVEMENT OF A SCHOOL

“Progetti d’Ingegneria” had the task of improving the structural safety of a nursery school in Monte Compatri, built up in the seventies.

A series of close inquieries, both structural and geotechnical, put into evidence mainly two typologies of critical states:
1. Differential sinking of foundations soil: the plugging and the flooring were affected by a cracking condition, due to a differential sinking of foundations. A progressive increase of the lowering of the soil was being recorded, especially coming close to the side of the natural slope near the building. Our surveys verified that a landslides movement was going on and involving the side of the slope. That movement was caused, anyway amplified, by the sewage pouring out from the sewer system set between the school and the slope itself.
So our work was centred on the reconstruction of the tract of the damaged drainage system and also on stabilizing the side by means of some bulkheads of micro-piles, set as a saw-bench.
2 . Sub-measuring of pillars.
Our calculus of seismic inspection highlighted a strong under-measuring of pillars, which were absolutely not built according to the principals of “the hierarchies of resistance”, established by the current regulations..
Moreover, during our work, a certain lack as for the execution of the work clearly came out: the removal of the iron hider pointed out an extremely reduced clamping, especially close to the bonds.
The plan of seismic improvement provided the strengthening of the pillars by means of a whole reinforced concrete covering, in such a way as to get a new longitudinal scaffolding, a suitable clamping and an increase of the resistant section. 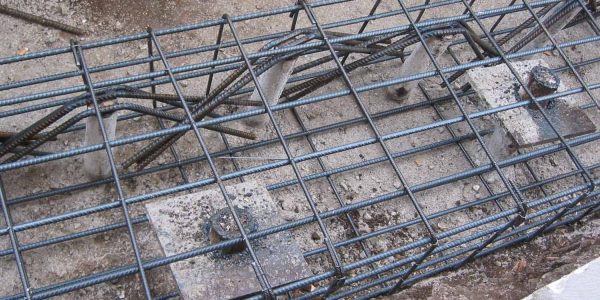 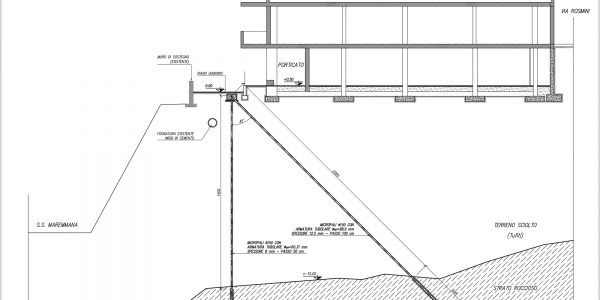 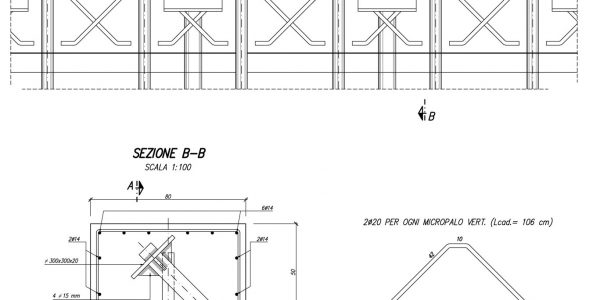 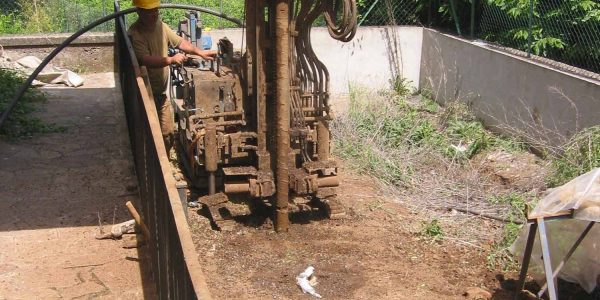 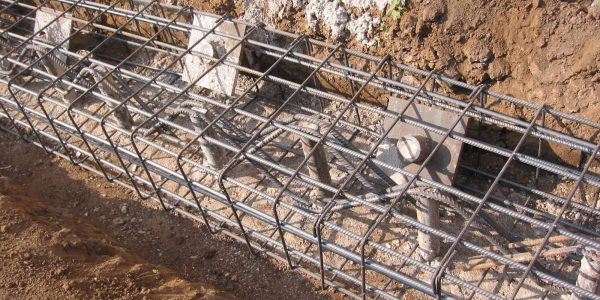 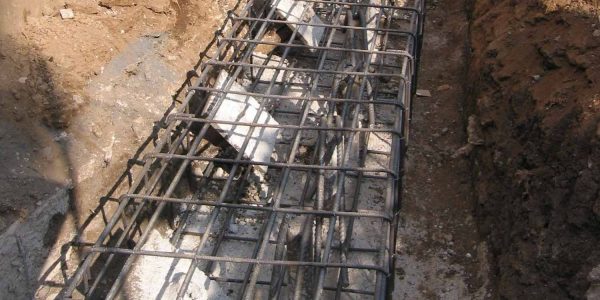 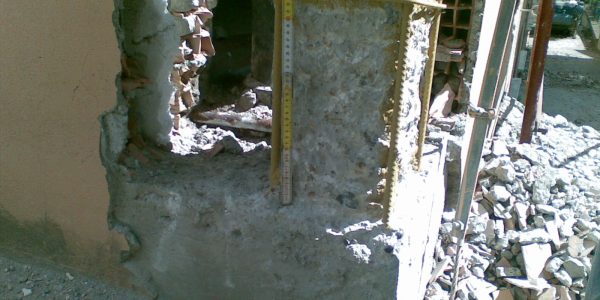 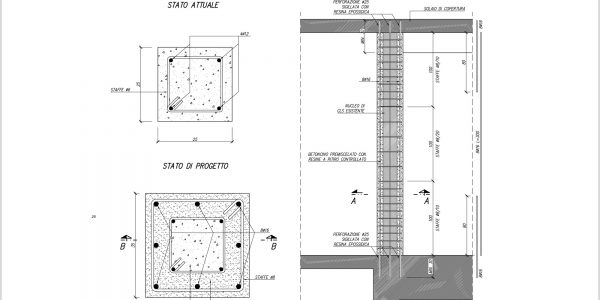 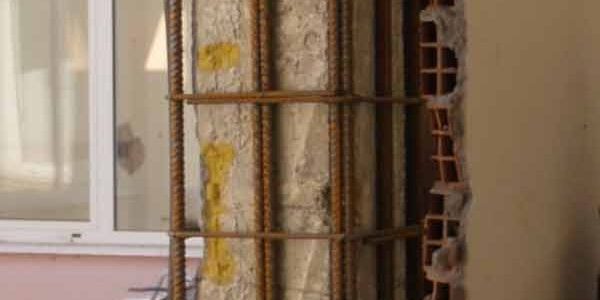 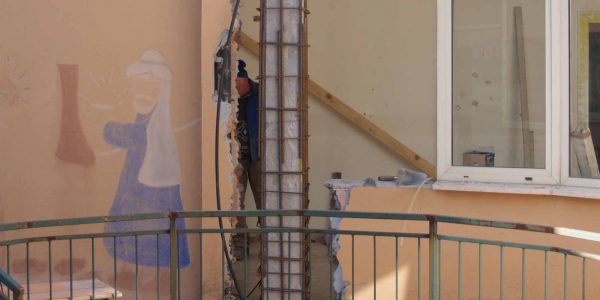 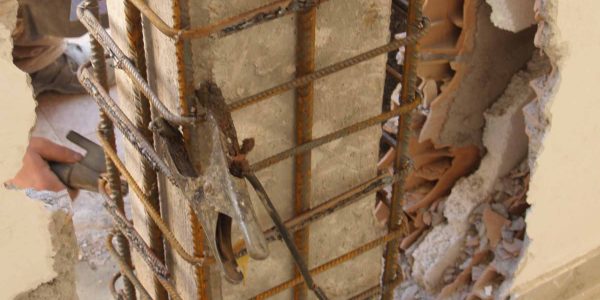 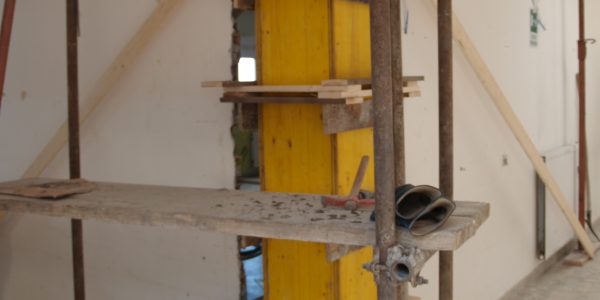